If you've ever spent time doing telecommunication work in Albuquerque, NM, the odds are you've had to work at 505 Marquette NW.  If you're local, you just talk about "505" and everyone knows what you mean.
505 was built during 1965 and 1966, and isn't a bad looking place, but it is showing it's age. Wikipedia quotes a July 10, 1966 Albuquerque Journal article: "It has twelve floors of office space above a wider six-story base which incorporates a parking garage on floors 2–6."  The Wikipedia article has this  picture: 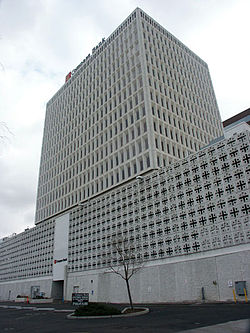 Now that Albuquerque has become a center for shooting TV and Movie productions, you will sometimes see this building in the background.  Perhaps my favorite is from the Netflix series Daybreak where the building gets an FX makeover to fit the apocalyptic theme of the show:
Did you note that the parking garage was on floors two through six?  That means you have to drive up a ramp to get to the parking levels.  This architectural need has lead to one of  Albuqueruque's telecom black holes known as the Ramp Room.

To enter the Ramp Room, you need to get the the garage ramp, where air conditioning condensers congregate to release the heat of the inner building.  In between the first and second floors you'll find a non-descript door: 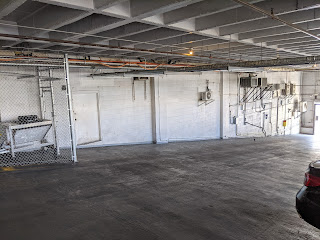 Upon opening the door, you'll find that it immediately blocks your way.  It feels like you aren't really welcome, but you move forward anyway... 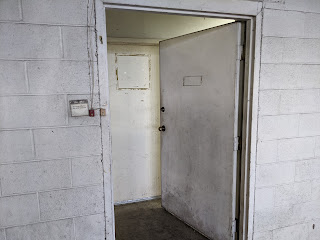 ...And end up in a narrow hallway. 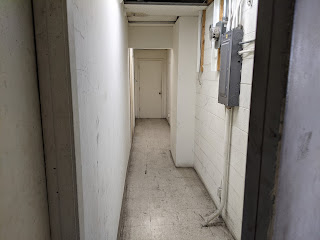 Behind the door at the end of the hall way you immediately see a rack of batteries that were put in twenty years ago and never maintained. 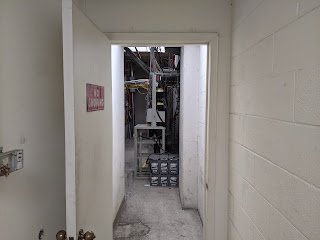 One step into the room and you can see the building punch downs -- the metallic path over which the business conversations from fifty years ago used to pulse.  Yet there is also a veneer of modern fiber optic communications that reside here as well.  In fact, they are the mainstay of the Ramp Room. 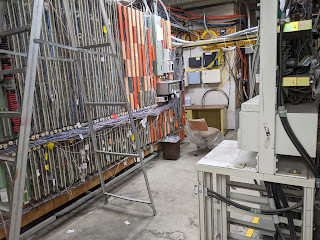 In every city, there is a nexus of communication that isn't ensconced in a pristine data center.  A place where various players gather.  But not because they really want to do so.  Rather, their customers demand they work together.

Some players have been around for a long time.   They've been sold, bought others, been forced to divest assets, and any number of other acquisition issues.  Sometimes you forget what they're called now, and just refer to them by their "old" names.  After a while it you stop worrying about what to call them.

They have, and will persist. 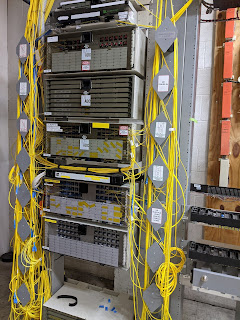 Other are younger.  More nimble.  Willing to do things out of the ordinary, and force the old guard to play their way.
For a time.

They will become the old guard for a new generation. 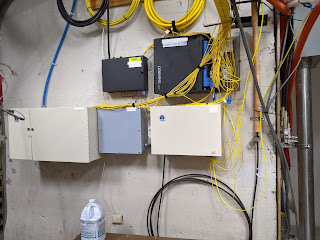 Years roll on, and old gear is left in rooms like this.  Forgotten.  Useless technology from the past interwoven with the modern.

Old gear isn't ever removed.  It sits and drinks power from the building.

No one owns it, so no one cleans it.

Everyone is afraid to shut anything off.  Few know how to tell if something is still in use or not. 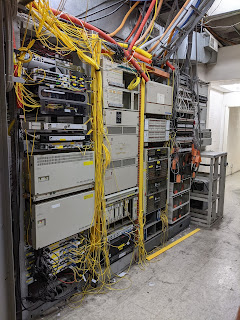 Within this building are a multitude of other places to interconnect -- but none have the diversity of the Ramp Room.
Posted by josmon at 10:45 PM